Patient arrived for a dating ultrasound. Her gestational age per LMP was 9w1d. The exam began transabdominally. This is an important step. While transvaginally scanning is the gold standard for early first trimester dating, viewing transabdominally first gives you an overall view of the pelvis. This prepares you for the transvaginal approach by showing you the position and location of the uterus as well as any adnexal masses. 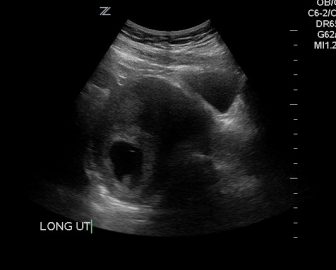 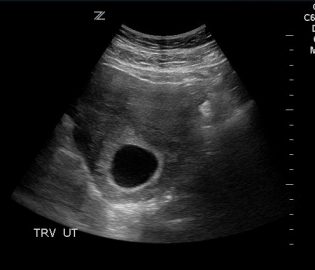 The above images show a sagittal and transverse slice of the uterus with a transabdominal approach. The image on the left is a sagittal (longitudinal) slice, the image on the right is a transverse slice. The purpose of transabdominal imaging is to take a wide view of the pelvis. Note the position of the uterus, sweep all the way through and evaluate the adnexa bilaterally. Here you can see that the fundus is pointing more posteriorly. This is a retroverted uterus. Now you know that when you insert the vaginal probe you will be pointing posteriorly to identify the fundus and gestation sac. 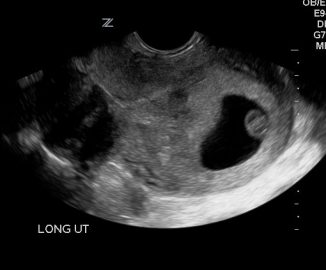 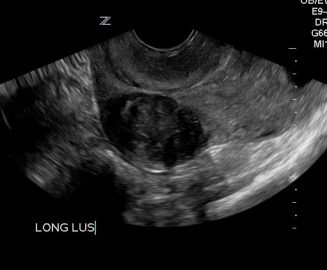 The above image was acquired by pointing the probe anteriorly. Note the cervical canal and the hypoechoic mass. Before stopping to evaluate the mass, finish the uterine assessment. Sweep completely through. See below. 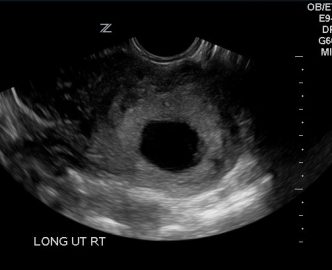 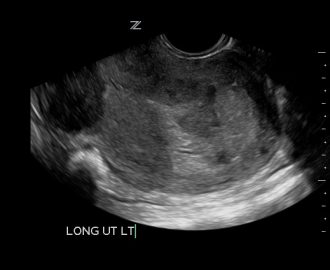 Once you sweep through in a sagittal or longitudinal plane, rotate the probe toward counterclockwise. The notch should now be pointing to the patient’s right side. 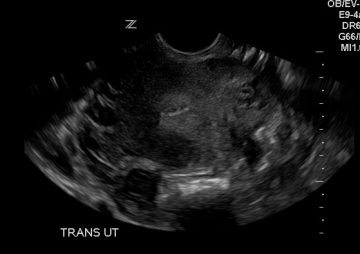 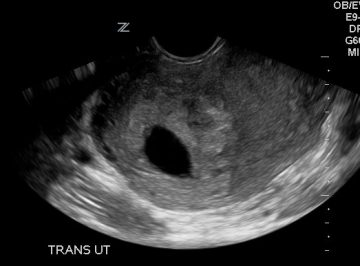 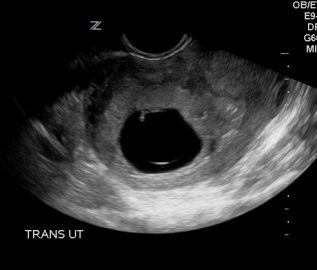 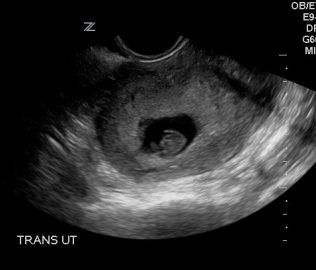 Sweep from cervix to fundus. Once you have completely evaluated the uterus it is time to address the mass and then the pregnancy. The mass in the lower uterine has classic characteristics of a leiomyoma. It is dense, with a swirly appearance and clear boundries. Measure the fibroid in 3 planes- Long + AP + Trans. 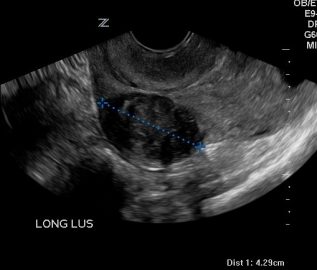 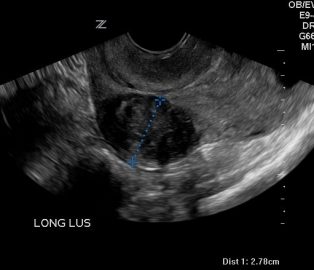 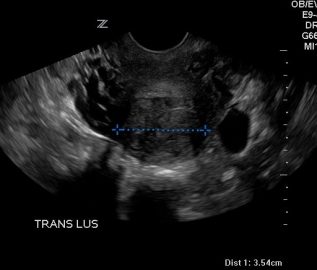 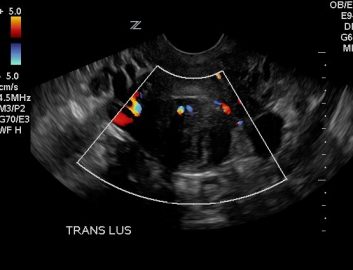 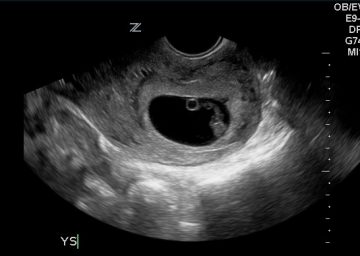 Not the yolk sac, umbilical cord and fetus. 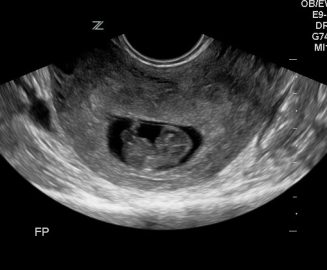 Remember to lay out the fetal pole and measure the CRL three times. 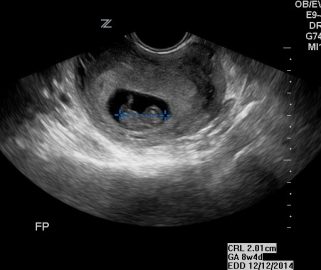 And assess fetal heart tones with M-Mode. We reserve pulse wave for the second and third trimester. 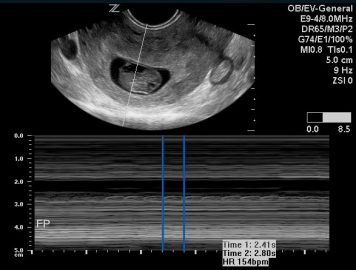 Don’t forget to plug the measurements into the calculation package. Print the report page comparing the average ultrasound age and the calculated gestational age via the last menstrual period.